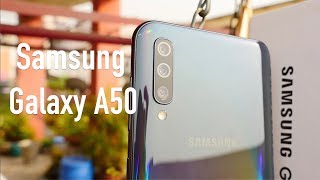 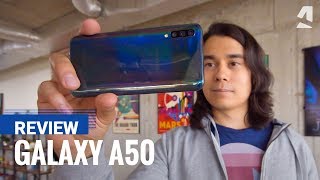 Buy Now
out of stock

Do a lot more than just text and call your friends with the Samsung Galaxy A50 smartphone. The Exynos 9610 Octa-core Processor makes multitasking a breeze. Take your photography skills a notch higher with its revolutionary Triple Camera System that comprises a 25 MP Low Light Camera, 8 MP…

Samsung Galaxy A50 carry forwards the set legacy of A-series. The Galaxy A50 casts a positive spell as soon as you take it out of the box. It offers great in-hand feel, and it feels way lighter than expected. The facia is dominated by a nearly edge-to-edge stunning display with a u-shaped notch on top and a slight chin at the bottom.

Samsung Galaxy A50 carry forwards the set legacy of A-series. The Galaxy A50 casts a positive spell as soon as you take it out of the box. It offers great in-hand feel, and it feels way lighter than expected. The facia is dominated by a nearly edge-to-edge stunning display with a u-shaped notch on top and a slight chin at the bottom.

The phone comes with Infinity-U SuperAMOLED screen that just looks fabulous. It has a full HD+ resolution with 19.5:9 aspect ratio. The screen is bright, vibrant and seems well calibrated. With deep blacks and good viewing angles, everything looks good on the screen, be it indoors or outdoors.

The Galaxy A50 display also comes embedded with a fingerprint sensor. Apart from the Galaxy S-series, this is the first Samsung phone to feature an in-display fingerprint sensor. Setting it up is fairly an easy process. As for performance, so far it has performed consistently and works fine even when the display is asleep.

The Samsung Galaxy A50 is driven by an Exynos 9610 chipset. Samsung’s in-house developed chip is based on 10nm FinFET process and comprises octa-cores divided into two quad-core clusters. While one cluster has Cortex-A73 cores clocked at 2.3GHz, the other cluster has all Cortex-A53 CPUs ticking at 1.7GHz. The chipset is coupled with Mali G72MP3 GPU to meet your graphics requirement.

On the software front, the Galaxy A50 comes running on Android Pie based Samsung’s new One UI. The new interface has been designed for taller phones like the Galaxy A50. If you have used a Samsung phone previously, you will notice that the interface has been overhauled completely. It’s easier to use with one hand, has colorful iconography and nifty animations.

Samsung has also added a ‘night mode’ which certainly looks great on AMOLED panel. It comes with both on-screen navigation button and full-screen gestures. Unlike, the Galaxy S10 series, it doesn’t have a Bixby button. However, if you are a Bixby fanboy you may configure the power button as a Bixby key. The new interface is also easy on resources. Samsung has also integrated that ‘lock screen stories’ that we saw on the Galaxy M-series phones.

It packs a 4,000mAh battery that supports fast charging. 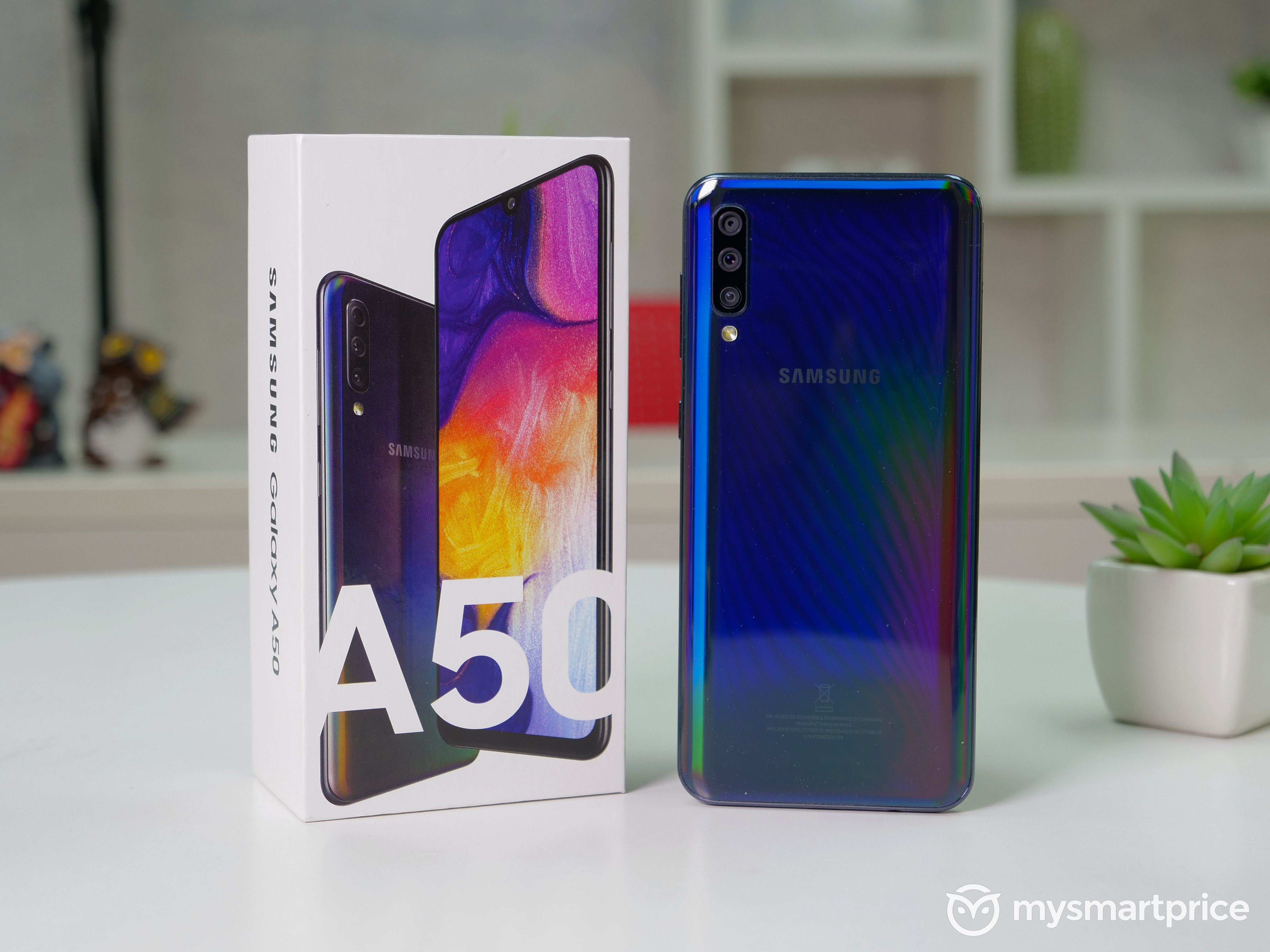 Samsung is mostly known today for its Galaxy S and Note phone series, upper mid-range to premium offerings that the public consumed ravenously almost as ...

Samsung Galaxy A50 review: One of the best budget phones - CNET

Samsung Galaxy A50 Unboxing & Overview the A50 has a triple rear camera setup with main camera being 25MP a 8MP wide and a 5MP depth and a 25MP ...

ALL YOU NEED TO KNOW about the Samsung Galaxy A50's top features, build and screen quality, battery life, performance, and camera image quality in a ...

Samsung Galaxy A50 review: One of the best budget phones - CNET

6 reviews for Samsung Galaxy A50